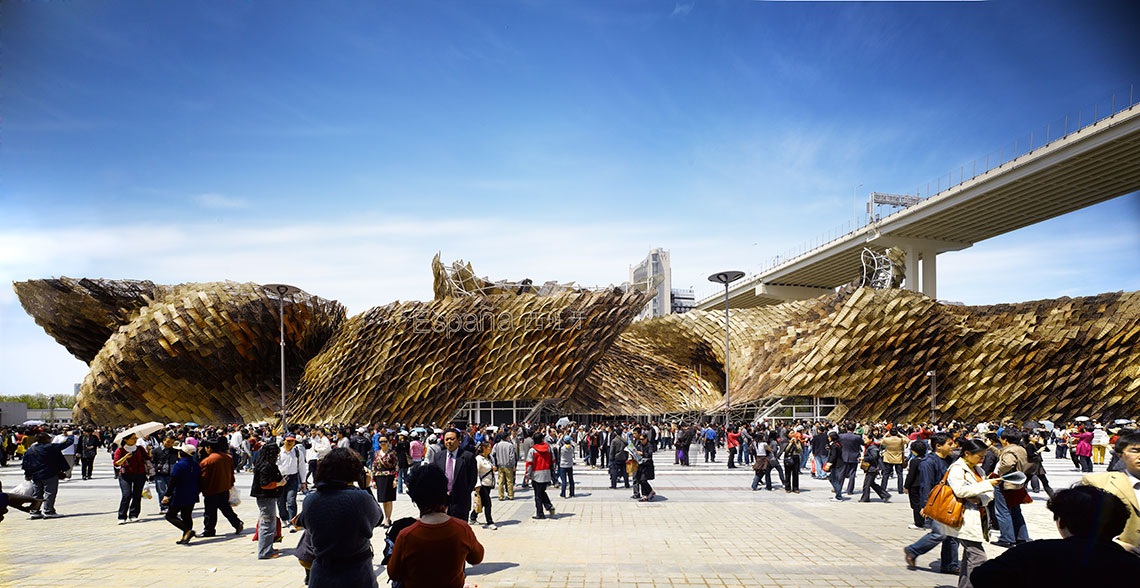 The Spanish Pavilion for the 2010 World Expo of Shanghai sought to reflect upon the Spanish climate, as well as to recover the extraordinary craft of wickerwork in order to bring it back to life and to reinvent it as a new construction technique.

This building sought to play with the incredible potential of wickerwork. Furthermore, it sought to introduce wicker as a sustainable and viable material concept that would remain present throughout the building.

Basketry techniques, handcrafts with natural fibers, are a global tradition shared by cultures of all ages. Even though they vary from region to region, they occur in similar ways East and West. In this sense, the material choice for the pavilion attempted to bridge between two cultures, the Spanish (visiting) and the Chinese (the host).

The Spanish Pavilion has a usable area of 7,500m2. Aside from the spaces destined to hold the main exhibits, the pavilion is fitted out to host official receptions with an auditorium, a conference room, a press room, and support area. 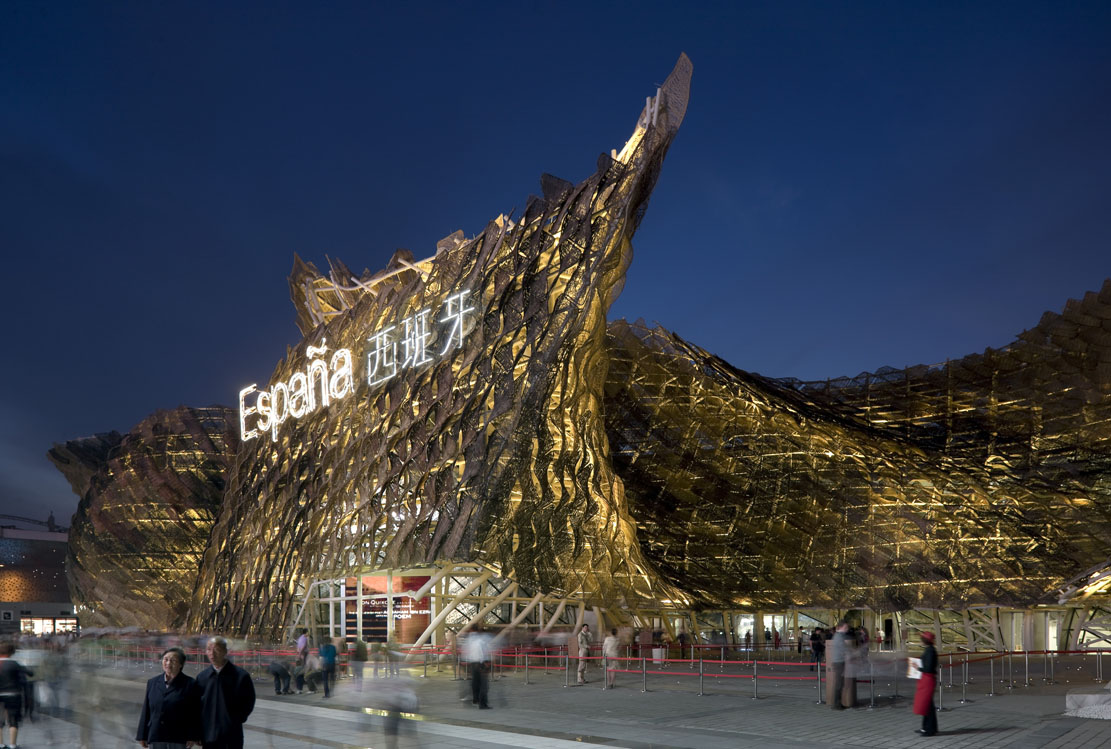 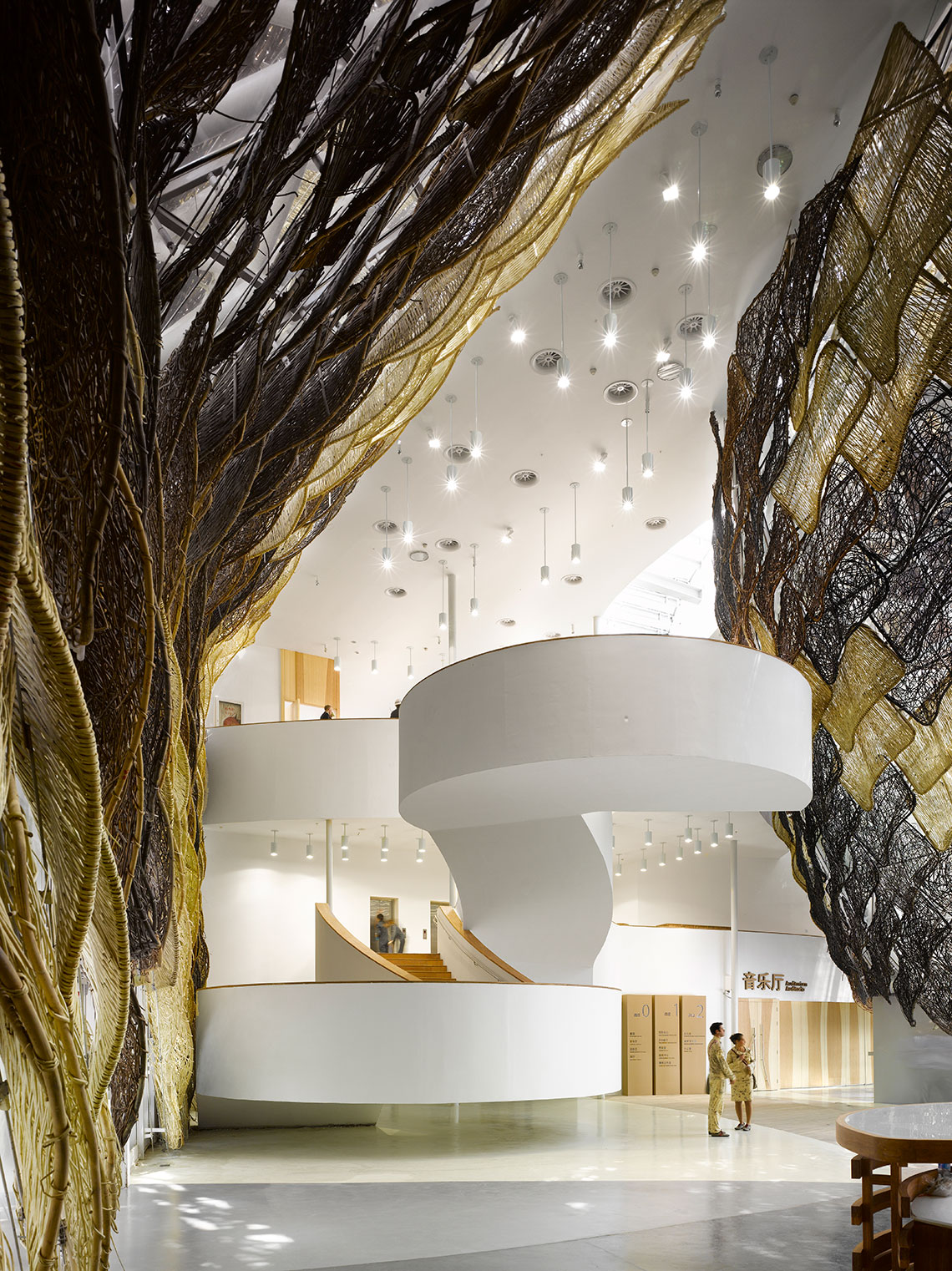 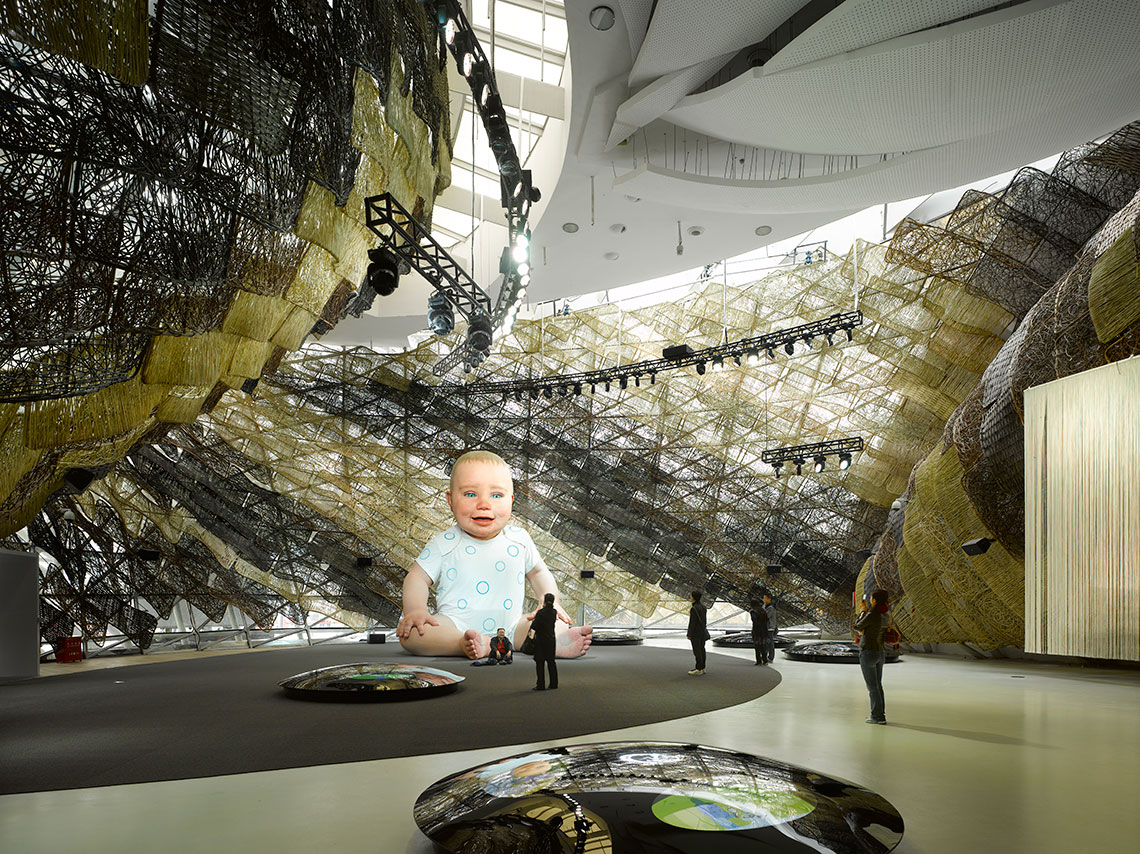 Â© Roland Halbe
TOP
This website uses cookies to improve your experience. We'll assume you're ok with this, but you can opt-out if you wish.Accept Read More